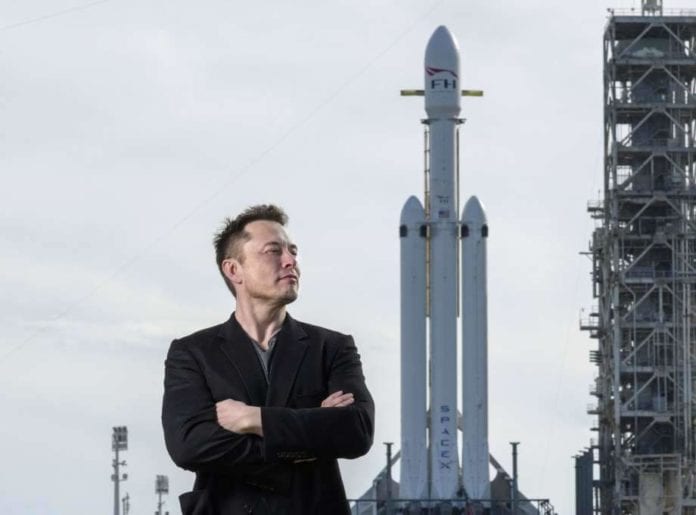 CEO of SpaceX Elon Musk hints that we might see two SpaceX starships being tested together “soon”.

To this, Elon Musk replied:

The tweet has been retweeted more than 100 times and has around 4.5 thousand likes. In the fourth quarter of 2019, SpaceX teams built a similar launch mount to fully augment the currently existing facilities.

The construction began immediately after the back to back debut of Starship SN5 and SN6 after Starship SN4 caused an explosion and damaged the launch mount.

Suborbital Pad B is the new launch mount constructed by SpaceX. Similar to the earlier mounts, it is designed with all cryonic plumbing which debuted with Starship SN9’s cryo proof testing campaign in December. It was scheduled to host its first starship by January 4th. On 2nd January, Starship SN10 and SN11 were stacked and completed to their full length.

From his tweet, Elon Musk hinted that SpaceX is only a few weeks away from hosting a multi-starship operations test, which will take the mission of space exploration to new heights.

Even after the scheduled appearance of Starship SN9 and the swift work of the team to assemble the starship, it collapsed and caused damage to parts and the launch pad. But soon, it was repaired and made ready for its first Raptor static fire engine test.

On 6th January at 22:00 GMT, Starship SN9’s three engines lit up for around one second, during a static fire test at SpaceX’s South Texas Facilities, near the Gulf Coast village of Boca Chica.

Static fires are routine preflight checkout. In this, rocket engines fire up while the vehicle remains anchored to the ground. Starship SN9 will also get off the ground if everything goes according to the plan. SpaceX is preparing the starship for a test flight similar to the epic one made by its predecessor last month.

On December 8th 2020, SN8, powered by three of the company’s next generation Raptor engines like the SN9 performed the Starship program’s first ever high altitude hop. It soared about 12.5 Kilometers (7.8 miles) into the South Texas skies. Previously, three single engine prototypes have flown as well, but they were only able to reach a maximum altitude of around 150 meters (500 feet).

Even though SN8 didn’t stick to its landing and exploded into a fireball, the vehicle did reach pretty much every other milestone laid out for it. Thus, Elon Musk declared the flight a big success.

Starships are developed by SpaceX with the aim to take people and payloads to the Moon, Mars and other distant destinations. The system has two elements – a giant first-stage booster known as Super Heavy and a 165-foot-tall (50 m) spacecraft called Starship.

Musk has said that Starships and Super Heavy both will be fully and rapidly reused. Similar to the first stages of SpaceX’s Falcon 9 and Falcon Heavy rockets, Super Heavy will also come back down to Earth for vertical landings after getting Starship aloft.

Musk announced recently that the touchdown of starship will be even more precise than that of the Falcons, ideally taking place directly at the launch stand to enhance turnaround time.