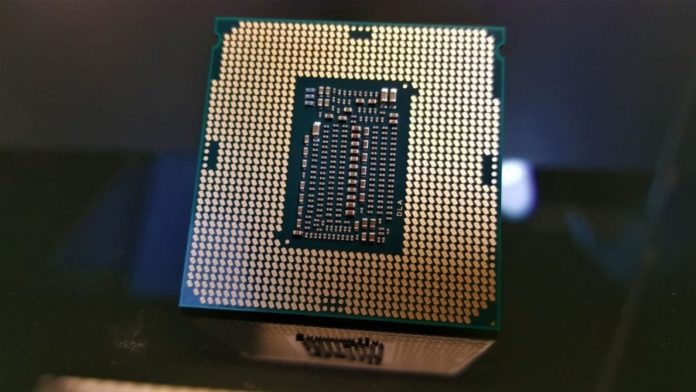 AMD’s 3rd Gen Ryzen processors are no match for the dated Coffee Lake chips which despite being clocked much higher are taking a beating from all directions. Not that surprising considering that the newer 7nm chips are twice as efficient and as much as 50% faster in multi-threaded workloads. The only advantage blue had was the gaming performance courtesy of a better IPC which seems to have been greatly nullified by the Zen 2 CPUs. Intel at this point seems all out of options, unless till the 10nm Ice Lake chips arrive. The laptop space is relatively less affected by the Ryzen storm, and it appears as though Intel will continue to reign supreme in the said market for the time being, as the newer Ice Lake parts are looking pretty solid.

You are looking at the Ice Lake (mobile) flagship, the Core i7-1065G7 powering the HP Spectre x360 convertible laptop. While the multi-core score is quite mediocre, the single-core performance is nothing to scoff at. With almost 5.7K points, this 10nm CPU is performing on par with the 8th Gen Intel flagship, the Core i7-8700K in terms of SC performance. It is also faster than AMD’s new Ryzen 9 3900X flagship which scores 5625 points. Yes, the deltas are rather marginal but keep in mind we are comparing a mobile chip (15W) to a full-fledged desktop processor (105W) running at notably higher frequencies.

If Intel manages to fabricate the desktop Ice Lake chips then it might be able to push back AMD’s 7nm Ryzen 3000 CPUs or at least level the playing field. TUM_APISAK also posted the Fire Strike scores of the 10nm . They are as follows:

Again, may seem quite ordinary but this is a mobile integrated GPU, the Gen11 graphics processor, not a discrete graphics solution, so keeping that in mind, it is more than acceptable. Just for reference, this is the top-end Gen11 part as signified by the G7 suffix. G1 is the lower-end variant while G4 is the mid-range GPU.