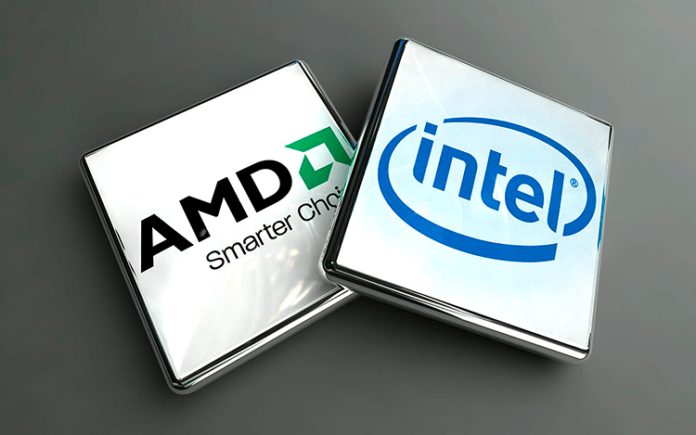 Intel’s 10th Gen lineup is turning out to be a mixed bag, with the 10nm Ice lake parts delivering decent IPC upgrades, but the 14nm Comet Lake chips being more or less similar to the existing Coffee Lake architecture, with negligible gains. Yesterday’s CPUZ benchmark further reiterated this but also raised concerns that the Ice Lake CPUs might be limited by the clock speeds. Today, we have the Geekbench scores of yet another pair of 10th Gen Comet Lake chips, namely the Core i7-10510U and i5-10210U, and from the looks of it, they aren’t going to prompt many people to upgrade. However, that’s not the strange part.

According to Geekbench, this is a Kaby Lake-U/Y chip, but then again we wouldn’t be surprised if it’s actually Comet Lake. After all, Intel’s design hasn’t changed a lot since Skylake. Moving onto the performance figures, the scores aren’t even close to decent.

Comparing the two processors, we can see that although the single-threaded performance is marginally higher, the multi-core score leaves a lot to be desired. We also have the Core i7-10510U, and it also performs in the same range, no surprise given that the core counts frequencies are the same.

It is also codenamed Kaby Lake-U/Y, with the same basic specs as the former, however, it is a tad bit faster in both the benchmarks, just not enough to beat the existing (also Kaby Lake-based) Core i5-8250U. Let’s have a look at AMD’s Zen+ based Ryzen 3700U:

Yes, the single-core performance may be slightly lower, but the multi-threaded score is higher than all the three blue processors, all the while costing quite a bit less too. It has the same core count as the Kaby Lake i5s and i7, with a slightly higher core clock, and yet neither of the upcoming 10th Gen Intel parts are able to beat it. In case you didn’t know the Ryzen 3000U mobile lineup is based on the 12nm Zen+ architecture, and not the recently announced 7nm Zen 2, and it’s actually Picasso, but Geekbench incorrectly names it as Raven Ridge (that’s the 1st Gen Zen 14nm).

So I don’t really know what’s going on here. Is Intel planning to squeeze Kaby Lake as well into the 10th Gen Core lineup, in addition to the Ice Lake and Comet Lake, or is this just an error on Geekbench’s part? Either way, Intel’s 10th Gen CPUs are looking quite dismal.