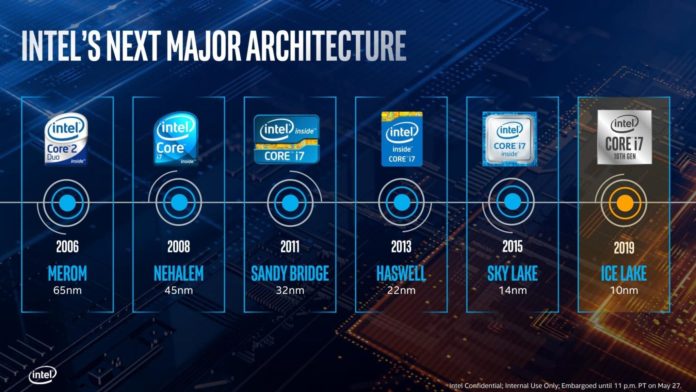 The Gen11 iGPU once again is the highlight of the Ice Lake CPU, as it trades blows with the Turing based NVIDIA GeForce MX230, a discrete GPU. Overall, the two graphics processors are evenly matched, but the Iris Plus manages to edge past the MX230 in some of the benchmarks. In Car Chase, it’s more than a 100FPS faster, while in Tesselation, ALU2 and Driver Overhead 2 tests, it’s ahead by just a handful of frames. The NVIDIA GPU is however faster in T-Rex, Manhattan Texturing benchmarks.

The Gen11 iGPU can be seen as Intel’s first stab at the lower-end discrete GPU market. It has been designed by the same people who are working on the Xe graphics cards. The will compete with the AMD Radeon RX Vega 9/10 and NVIDIA’s MX GPUs.